If you haven't had a chance to order your copy of the new installment Gargoyle Quest you can still get it while its on sale for a limited time!

(I love this cover) 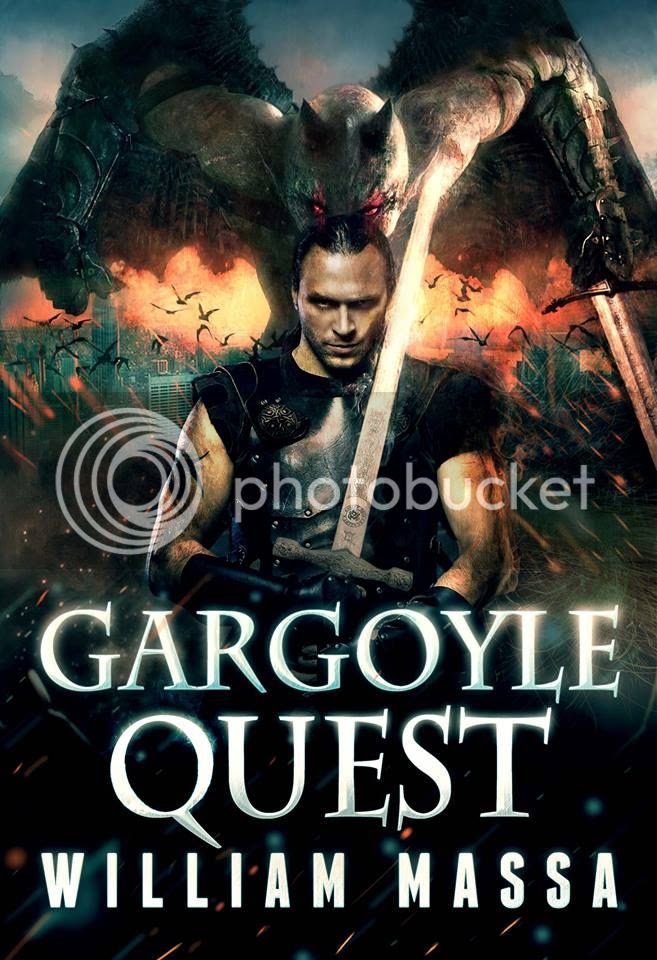 A NEW BEGINNING. A NEW MISSION. A NEW ENEMY.

A year has passed since the defeat of the druid-warrior Cael and Artan's return to the world of man. The ancient Celtic king is trying his best to fit in and adapt to the 21st Century but is having a hard time adjusting to the modern age. Once upon a time he knew his place in the world. Warrior. King. Gargoyle. But now he is a man adrift, lacking purpose and direction.

This all changes when a dangerous warlock arrives in New York City hellbent on a quest to track down three magical grimoires.

As the necromancer's army of gargoyles, ghosts and zombies descend on Manhattan, King Artan is faced with a terrible decision -- remain human as New York City drowns in darkness or once again become a monster to save the world from a terrifying supernatural evil.

Available in digital or paperback

If you haven't read the first book Gargoyle Knight its available for free for a limited time so get your copy now!

HE BECAME A MONSTER TO SAVE HUMANITY.

When his kingdom is threatened by an ancient evil, a Celtic king is forced to make the ultimate sacrifice. If he is to defeat an army of monsters, he must become one himself! The plan works but his victory carries a terrible price… An eternity frozen in stone.

Fifteen centuries later, the warrior is awakened when the world needs him most. A stranger in a strange land with his only guide a beautiful archeology student, he must battle his old adversary once again, all while struggling with his own darkness. For he is by day a man, by night cursed to become… The GARGOYLE!

*Please note that only Amazon is running the release discount special and freebie.