I've posted a lot of pictures of the books I get in the mail, books I've bought, and so on.. And with those posts I get a lot of questions about what print and digital books I have on my shelves..

Because it would take too long to make a list of all the books I own I decided that every week I'll make a post where I pick out five random books from my collection to share with the rest of you.
So here is my first Weekly Five pick of titles from my library.

Ophelia Browne knows the answer is yes. She knows because she’s been granted the unique gift of finding and caring for those forgotten memories. But now she’s nearing ninety, and Browne women seldom live beyond ninety.

Before time runs out Ophelia must find a successor. Someone who can take hold of the gifts and keep the memories from fading.

When broken-hearted Annie Cross shows up on the doorstep of The Memory House Bed and Breakfast, Ophelia knows she is the one. The two women forge a bond of friendship as they sip magical dandelion tea and share stories. When Annie starts to sense the memories Ophelia is delighted, but then a thread of violence begins to unravel and Ophelia fears things have gone too far.

When the Conways move into their ancestral home in Louisiana after the death of an estranged aunt, it is with the promise of a new beginning. But the house has a life of its own.

Abandoned for the last forty years, surrounded by thick trees and a stifling sense of melancholy, the sprawling Victorian house seems to swallow up the sunlight.

Deep within the cold cellar and etched into the very walls is a long, dark history of the Conway name--a grim bloodline poisoned by suicide, strange disappearances, vood

oo rituals, and rumors of murder. But the family knows nothing of the soul-shattering secrets that snake through generations of their past. They do not know that terror awaits them. For with each generation of the Conways comes a hellish day of reckoning.

When a senator's wife and teenage daughter are kidnapped, Thomas Crocker and SEAL Team Six are sent to Mexico's lawless countryside, where federal agents protect instead of hunting down violent narcotics kingpins.

The two women have been kidnapped by the Jackal, a drug lord drunk on power and influence. He also happens to be a self-styled modern Che Guevara, who has undergone plastic surgery to disguise his looks and justifies his brutal methods and Machiavellian drug empire with the politics of social revolution. The Jackal is as ruthless as he is colorful, and he must be stopped.

Crocker and the SEALs have only a matter of hours to track down and rescue the two innocent civilians held at the mercy of this madman. With dirty cops, dangerous cartels, lavish tropical estates, double-crosses and plenty of bullets, Hunt the Jackal places the team in perilous new territory and demonstrates how elite warriors can adapt to and fight in any situation.

Known for moving first-person novels of Nannerl Mozart, Jane Austen, and Elizabeth Barrett Browning, Nancy Moser now brings to life the loves and trials of the first First Lady of the United States.

When a dapper, young George Washington comes into her life, Martha Custis is a young widow with two young children.

Their love and loyalty toward each other—and the new nation they fight for, lasts a lifetime and is an inspiration even now, after 250 years. Washington’s Lady was a Christy Awards finalist.

Mark Cloud is back in Fred, Texas but Fred is not the same. The town drunk has got religion. One of Mark's classmates has started spitting out scriptures like a gumball machine. But more drastic things are in store for this small East Texas town.

And for Mark.Once again a forgotten book buried on a dusty library shelf incites revolution. Mark begins to ask troublesome questions. Mark begins a pilgrimage that challenges the open-mindedness of his father and the forbearance of the deacons.

As his answers lead him further down the path of least expectance, he ultimately finds himself facing the fear that haunts every PK: I could cost my dad his job. Mark must choose between remaining faithful to his understanding of the gospel or appeasing the prejudices of those with the power to make his family pay for his decisions.

The Killing Game, Part One, the Blood Negotiators by The Black Rose

The Series opens as Ives Andrich, Special Agent in Charge of the New York Division of the FBI, is confronted with investigating the woman he has waited a lifetime to find. Because of her more than accurate novel about an Italian crime lord, the Bureau, against Ives' wishes, asks for her help in infiltrating the internal organization of the nation's most nefarious Mafia don.

When the Bureau’s plan fails, and she becomes dangerously entangled in the private life of the United States' most wanted criminal, Ives’ tolerance for Bureau mishaps vanishes. No holds barred, he puts everything on the line to save the woman he loves in the first book in The Killing Game Series, a suspense thriller series by The Black Rose.

The beginning of the killing game series impressed me. I'm not sure what I was expecting but the world and the cast the author has created are brilliant, full of life, and filled with adventure.

I loved the whole dual who is keeping secrets and who is behind whats happening. At the same time there's a decent amount of character building one of which I appreciated the most was Allina because of the kind of person that she was and the way she was.

I respected her and I liked her. Ives was a bit more complicated and a bit more conflicted but was just as good a character that seemed to balance out Allina's strength, her intelligence and independence.

Although I wanted more from it mostly because I want to know what happens next I'm intrigued by what will take place in the next installment. I liked that this book was mostly character driven, I love a cast that I can really get into.

Krissy's Bookshelf Reviews received a digital copy in exchange for an honest review.

Krissy's Bookshelf Reviews received a digital copy in exchange for an honest review from: the author

If any of Krissy's Bookshelf Reviews has been helpful please stop by to like my post or leave a comment to let me know what you think. I love hearing from followers! 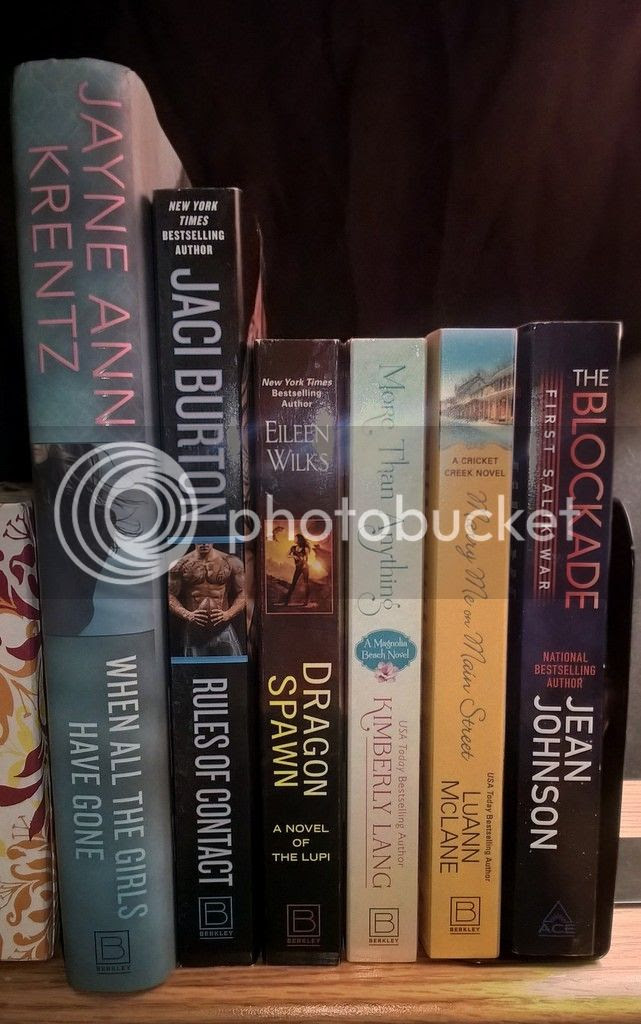 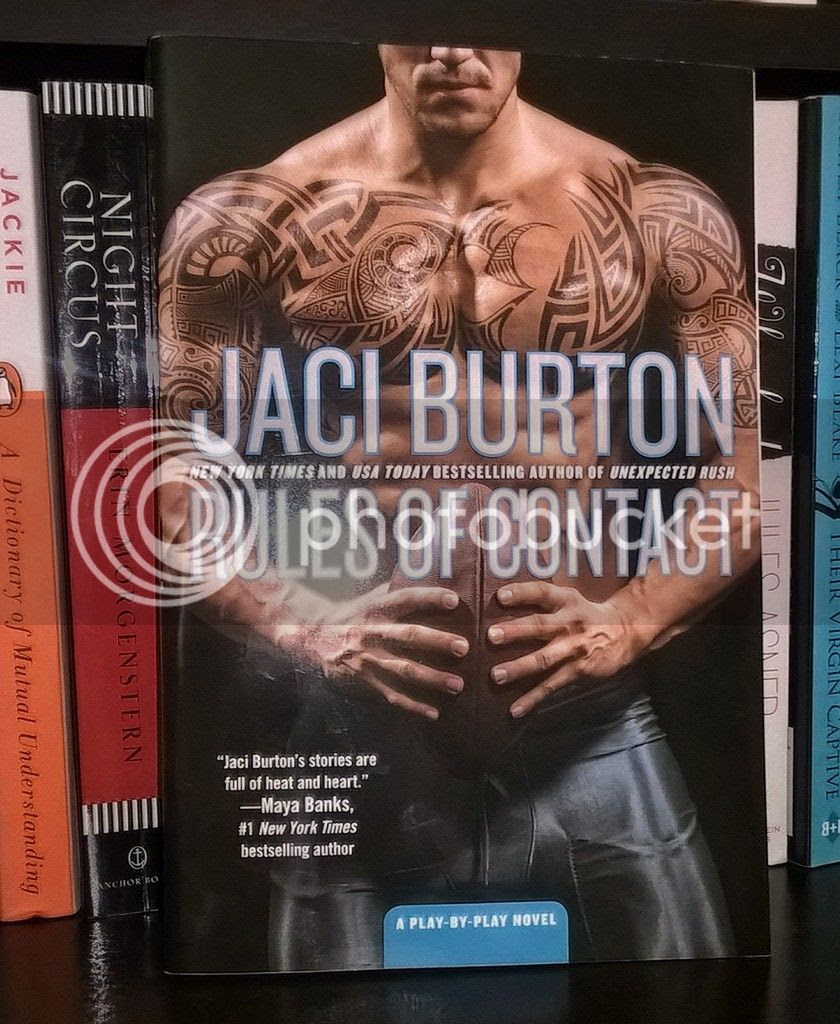 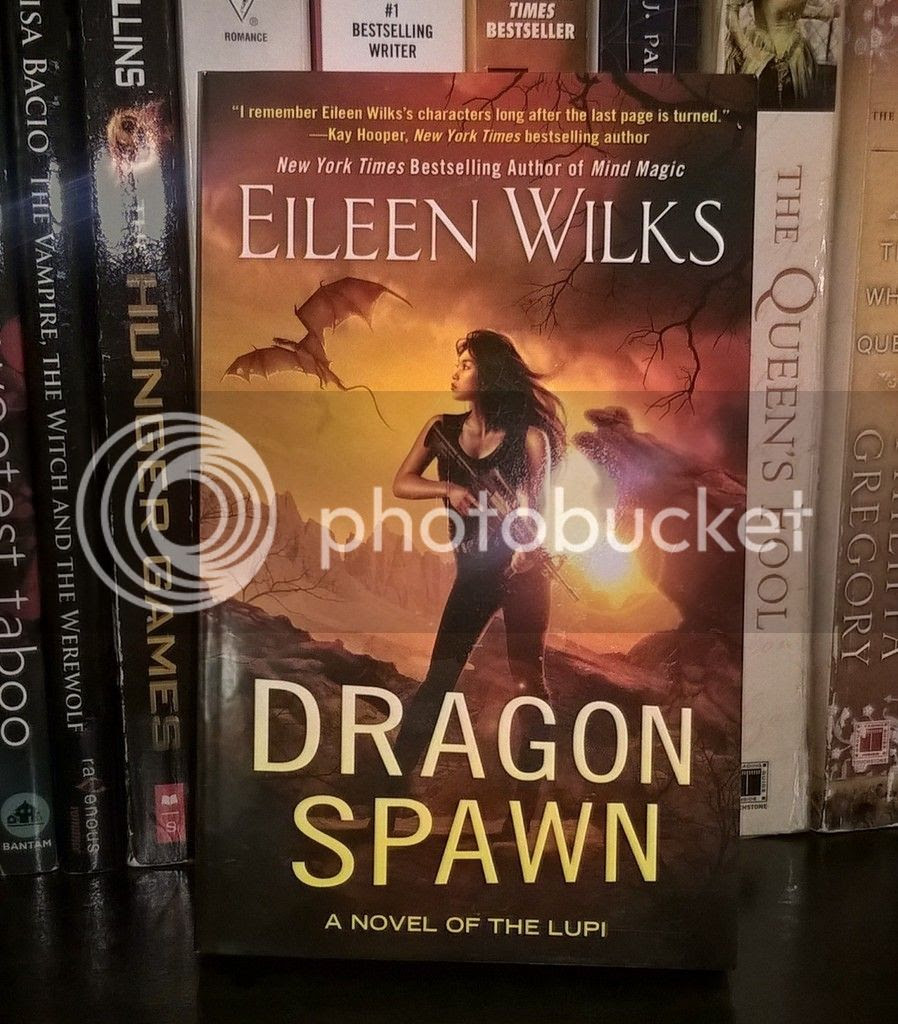 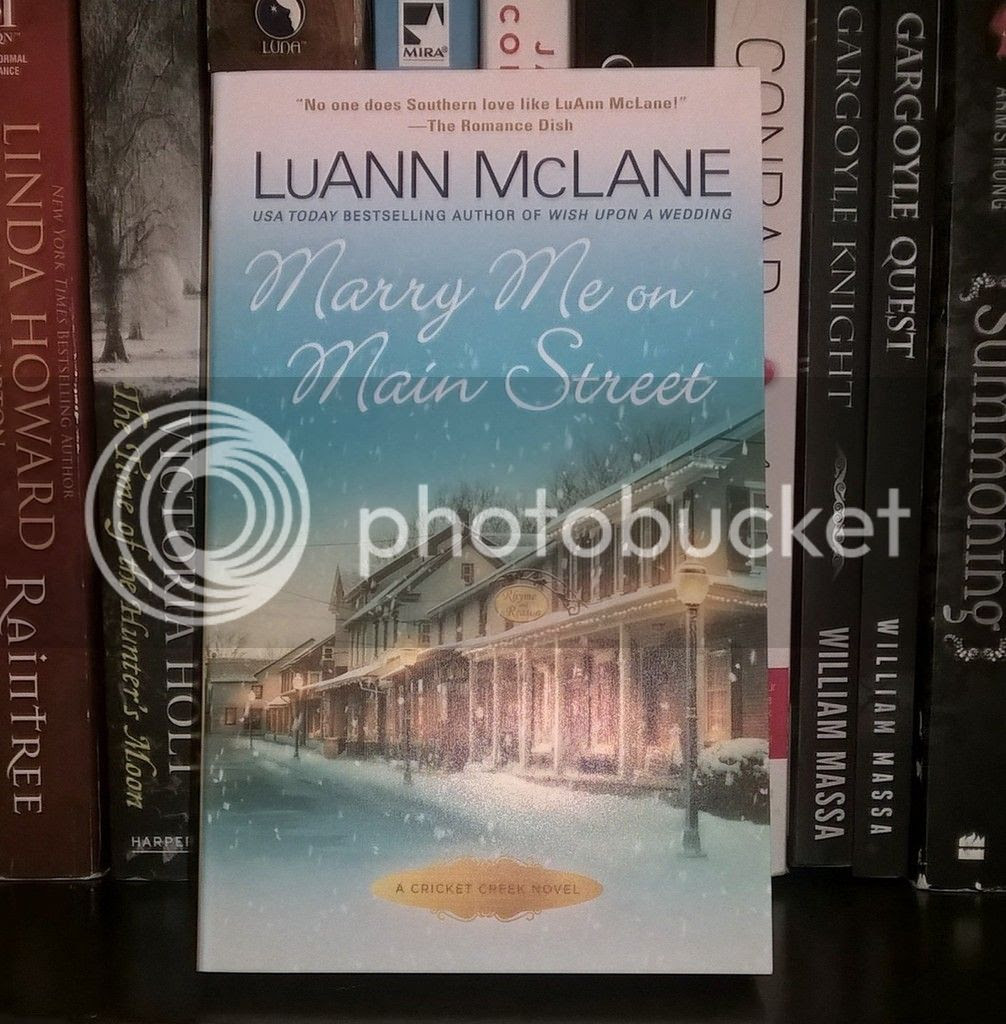 Marry Me on Main Street by Luann McLane 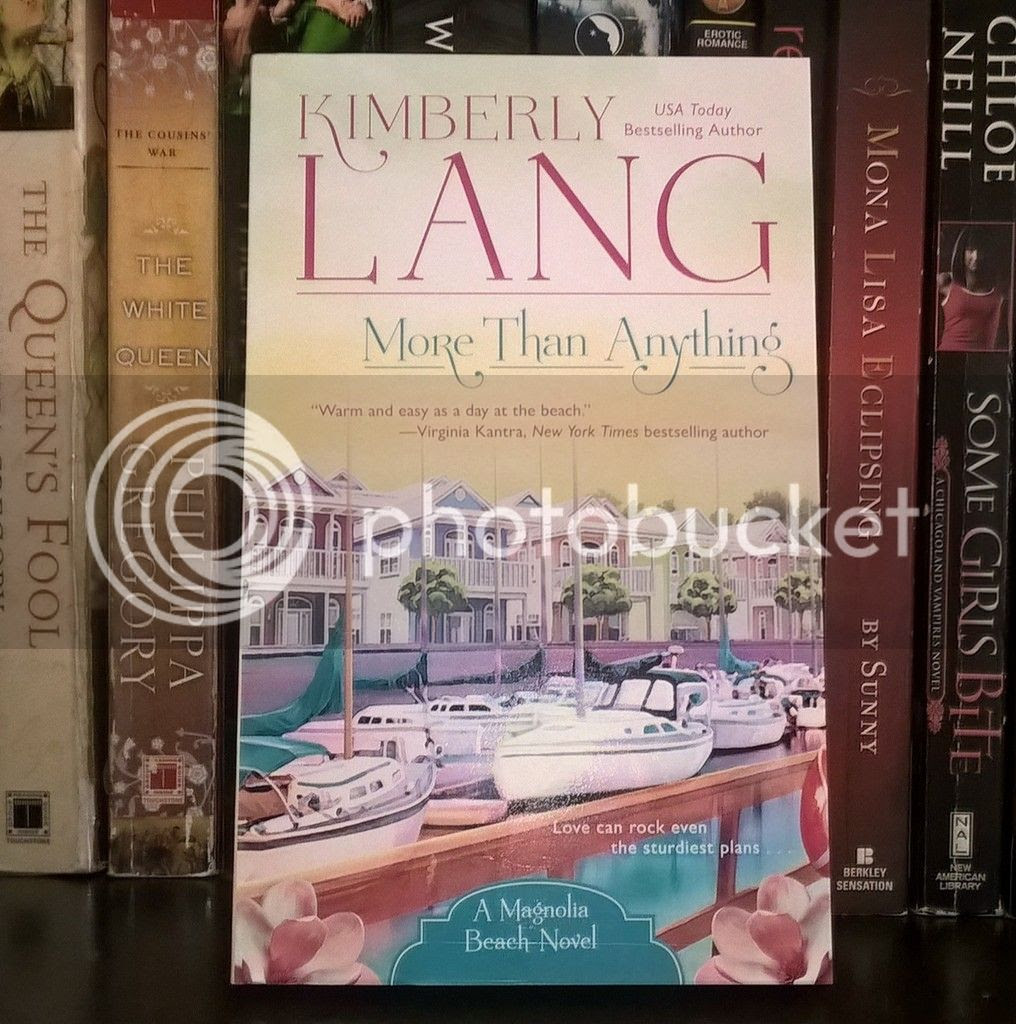 More Than Anything by Kimberly Lang 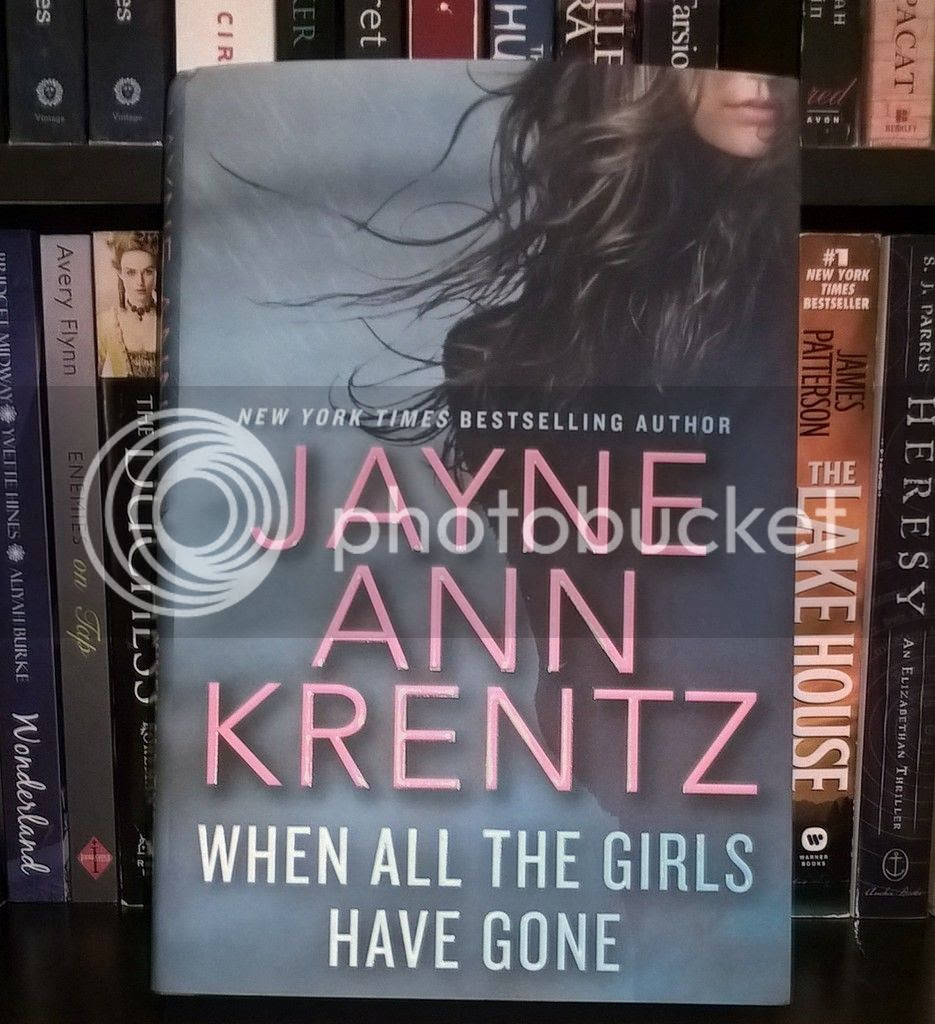 When All The Girls Have Gone by Jayne Ann Krentz