The Kraken King 1-3 by Meljean Brook

The Kraken King (Part I)

The Kraken King and the Scribbling Spinster 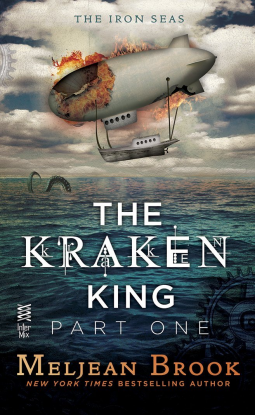 A former smuggler and thief, Ariq—better known as the Kraken King—doesn’t know what to make of the clever, mysterious woman he rescues from an airship besieged by marauders. Unsure if she’s a spy or a pawn in someone else’s game, Ariq isn’t about to let her out of his sight until he finds out…
After escaping her fourth kidnapping attempt in a year, Zenobia Fox has learned to vigilantly guard her identity. While her brother Archimedes is notorious for his exploits, Zenobia has had no adventures to call her own—besides the stories she writes.
But when she jumps at the chance to escape to the wilds of Australia and acquire research for her next story, Zenobia quickly discovers that the voyage will be far more adventurous than any fiction she could put to paper…

The Kraken King and the Abominable Worm 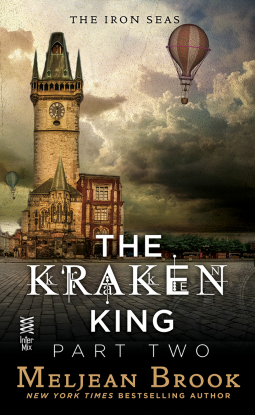 As they continue their expedition across Australia, Ariq is determined to stay close to Zenobia and figure out what kind of game she’s playing—even as his admiration for the enigmatic woman starts to override his suspicion.
For Zenobia, revealing her identity to a man who once made his living outside of the law is out of the question—even though Ariq’s dashing looks and blunt manner are distractingly appealing.
But before anyone’s secrets or desires can be exposed, an unexpected attack threatens to destroy them all…

The Kraken King and the Fox’s Den 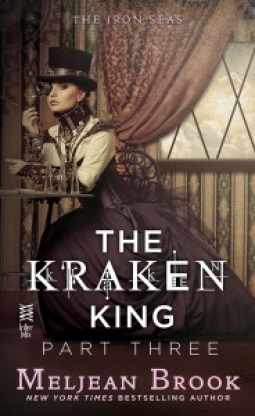 After a harrowing escape, Zenobia, Ariq, and their company take refuge in a gold rush town—but their temporary port is anything but safe. When Zenobia is almost abducted, Ariq comes to her rescue and asks for something in return: he wants to know her secrets.
Zenobia reveals that her aim is to collect information for her next story, but Ariq can’t believe that her motives are so simple. Suspecting that all of Zenobia’s “research” is actually an intelligence-gathering effort for the Horde rebellion, Ariq decides to employ a new tactic to get the truth.
Shocked and overwhelmed by Ariq’s sudden seduction, Zenobia isn’t sure his interest is sincere. But while her head is telling her to keep him at arm’s length, her heart is an entirely different matter…

Fladstrand, Upper Peninsula, Denmark
April 21
My dear impulsive brother,
If this letter is in your hands instead of on my desk where I left it, you must have flown to Fladstrand without first collecting your correspondence in Port Fallow—where the note I sent to you would have saved you a trip. Don’t be alarmed by my absence. The guards you recommended to me have seen to my safety commendably. Since they have come into my employ, I have not been kidnapped even once.
I have had an unexpected visit from an old friend, instead—you will remember Helene Krause, though she is now Mrs. Basile Auger. She has invited me to accompany her to Australia, and I have accepted that invitation. It will be the perfect opportunity to research the location of the next Lady Lynx adventure.
Do not stop reading this letter, Archimedes! Your instinct will be to drop it and rush up to your skyrunner, where you and your captain will make hasty plans to follow me. I forbid you from undertaking such a stupid effort. Helene’s husband serves as an ambassador in the French diplomatic corps, and we will be traveling aboard a naval airship to his station in the Red City. No pirate would dare attack our escort, and we will not fly too near the smugglers’ havens. I have also assumed an alias to conceal my identity. Rest assured that I have taken proper precautions.
Yours,
Zenobia
P.S. I warn you again, Archimedes, do not even think of pursuit! I don’t need you and Captain Corsair to chase after me, shooting everyone who crosses your path.
I shall write to you frequently—if you have any brains in your head, you will recognize my assumed name. Remember to collect your post, and you’ll see that I am getting on perfectly well. If ever I am forced to narrate the tale of my upcoming journey, the title will surely be The Scribbling Spinster and the Uneventful Voyage.

From Chapter One... (and a bit of Chapter Two) 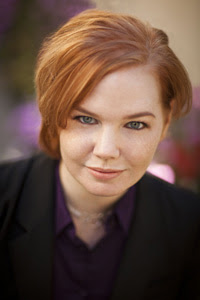 Meljean was raised in the middle of the woods, and hid under her blankets at night with fairy tales, comic books, and romances. She left the forest and went on a misguided tour through the world of accounting before focusing on her first loves, reading and writing–and she realized that monsters, superheroes, and happily-ever-afters are easily found between the covers, as well as under them, so she set out to make her own.


You can find Meljean on her Website or on her Facebook page, she loves hearing from her fans.