A documentary about the Slenderman stabbing in 2014.

This docu-film is a mostly one sided view of the attempted murder of a young girl by her two best friends in a small town inside of Washington.

Beware the Slenderman mostly spends its time sympathizing with the attackers, follows their families, explains their childhood and tries to explain how this event came to be and why. My disappointment is the fact that the victim and her family didn't have any participation in the film and the films creators didn't really give viewers much information on her life or who she was etc aside from being her attackers friend. Unlike the time invested exploring the attackers lives for the entire length of the film.

Mostly Beware the Slenderman focuses on the fact that these girls (the attackers) are still children and their families who are hoping that they won't be charged as adults for the extreme level of the attack because of how young they are instead hope that they're released with a slap on the wrist kind of punishment for the attempted murder simply because they are still children.

Beware the Slenderman lightly explores Slenderman's rumored origins online and the case surrounding why the girls chose the victim and why they wanted to commit the murder.

The parents of the girls also manage to express a minor concern with exposing the rest of their children to the internet through their schools who are giving tablets (i-pads and the such) to their students - including the girls (the attackers) siblings who are attending the school (as well as the other children in their community) as a teaching tool.

The reason why this is a worry for them is they believe that it was the girls access to their own tablets and internet where they discovered the website with the Slenderman on it in the first place that is at fault for the event. Not technically placing the blame for what happened on the internet itself but not quite comfortable with the fact that it continues to be enforced on children and the possibility that it could affect others in their lives as well considering what happened with these two.

Beware the Slenderman is mostly a way for viewers to see how the attackers families (mostly their parents) lives are affected by the incident (instead of the victims family) and is quickly brought to an abrupt end by providing brief typed out statements about the forest where the attack took place being leveled to the ground and the current status of the girls court cases and charges awaiting them.

It makes the docu-film feel unfinished and incomplete and none of the events resolved for the viewers.

The film itself feels like an amateur attempt to make a documentary that isn't well resolved. Its not very well done but still manages to make viewers cringe over the controversy of children becoming killers for all the wrong reasons and why in this case they think it happened.

Final opinion? I wouldn't recommend the time waste on watching this film. 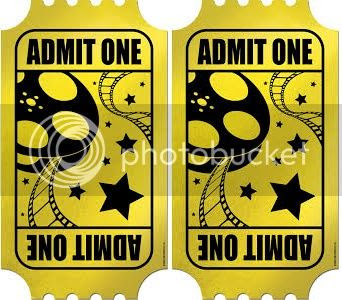 “From there to here, from here to there, funny things are everywhere” . . . So begins this classic Beginner Book by Dr. Seuss. Beginning with just five fish and continuing into flights of fancy, One Fish Two Fish Red Fish Blue Fish celebrates how much fun imagination can be. From the can-opening Zans to the boxing Gox to the winking Yink who drinks pink ink, the silly rhymes and colorful cast of characters create an entertaining approach to reading that will have every child giggling from morning to night: “Today is gone. Today was fun. Tomorrow is another one.”

Originally created by Dr. Seuss, Beginner Books encourage children to read all by themselves, with simple words and illustrations that give clues to their meaning.